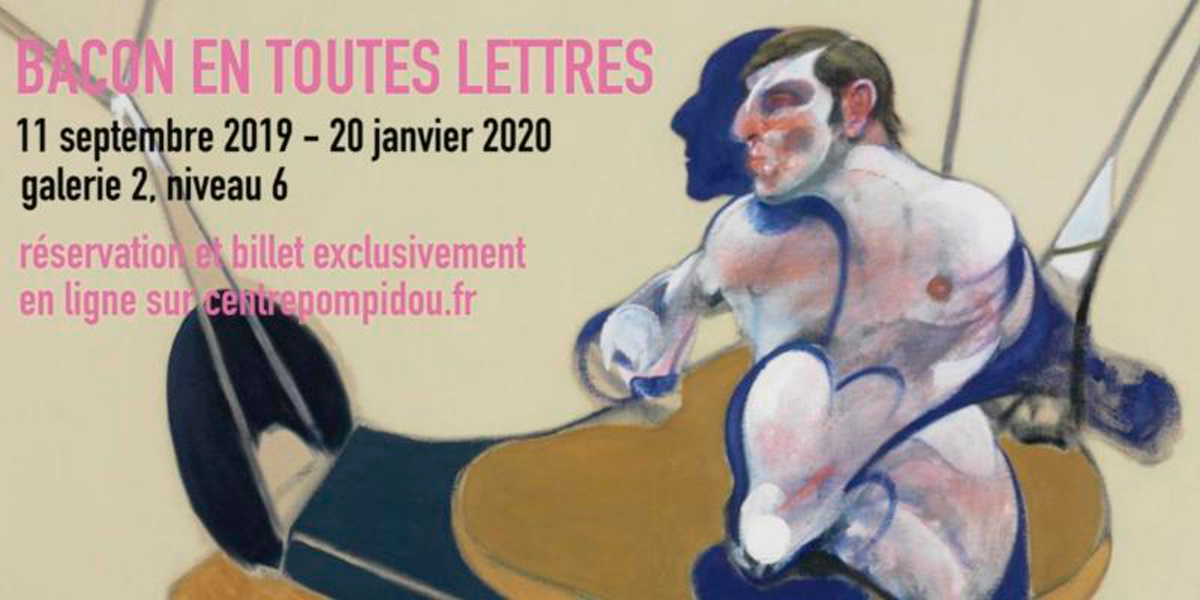 After the exhibitions showcasing Marcel Duchamp, René Magritte, André Derain and Henri Matisse, the Centre Pompidou continues its re-examination of key 20th century works by devoting a major exhibition to Francis Bacon. The last major French exhibition of this artist’s work was held in 1996 at the Centre Pompidou. More than twenty years later, Francis Bacon: Books and Painting presents paintings dating from 1971, the year of the retrospective event at the national galleries of the Grand Palais, to his final works in 1992. Didier Ottinger is the curator of this innovative exploration of the influence of literature in Francis Bacon’s painting.

There are six rooms along the visitor route, placing literature at the heart of the exhibition. The event includes readings of excerpts of texts taken from Francis Bacon’s library. Mathieu Almaric, Carlo Brandt, Hippolyte Girardot, Denis Podalydes and Laurent Poitrenaux read from Aeschylus, Nietzsche, Bataille, Leiris, Conrad and Eliot. Not only did these authors inspire Bacon’s work and motifs directly, they also shared a poetic world, forming a ‘spiritual family’ the artist identified with. each writer expressed a form of ‘atheology’, a distrust of any values (abstract beauty, historical teleology or deity, etc.) likely to dictate the form and meaning of thinking or of a work. From Nietzsche’s fight against the ‘Backworlds’ to Bataille’s ‘Base materialism’, Eliot’s fragmentation, Aeschylus’ tragedy, Conrad’s ‘regressionism’ and Leiries’ ‘sacred’, these authors shared the same amoral and realist vision of the world, a concept of art and its forms liberated from the a priori of idealism.