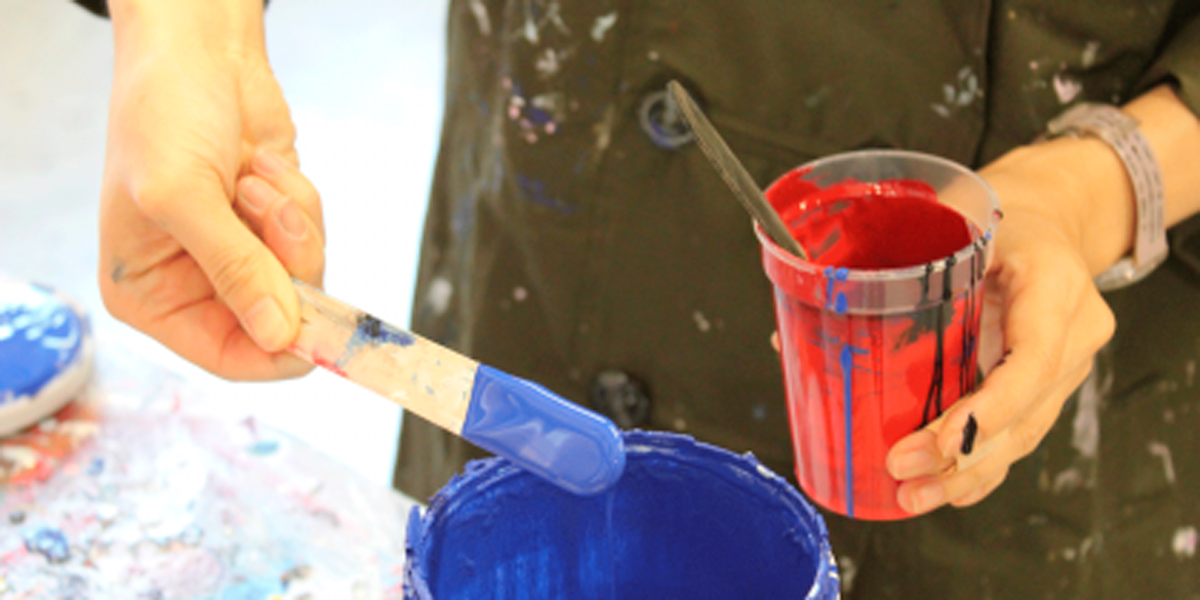 Entering modernity with the American artist Andy Warhol in the early 60s, screen printing was developed by the Chinese in the eighteenth century. It remains one of the most popular and easiest mechanical printing techniques in the world. On the principle of the stencil it allows to print an image or a pattern by using a screen between the ink and the support. A repetitive process that allows for multiples. Pauline Filleron, who runs one of the silkscreen workshops, invites the writers to question the discipline and its codes with great freedom of expression.