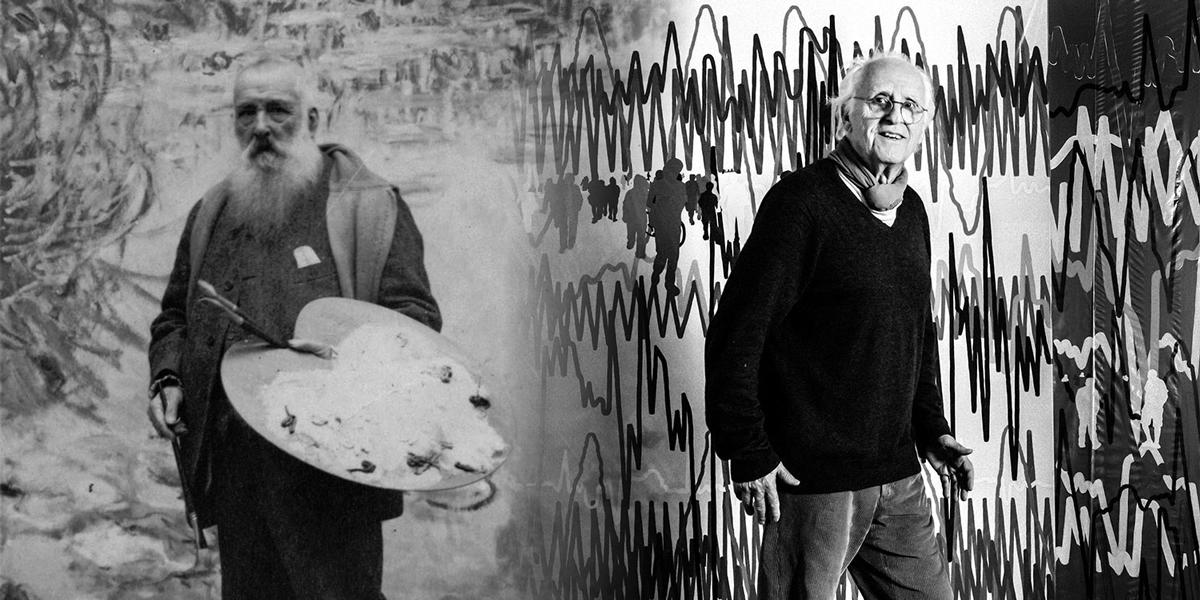 While on visit as a guest of the Marmottan Museum, Gerard Fromanger stopped in front of a painting by Caillebote, Paris Street, a rainy day. In 1877, the impressionist had depicted two strollers in haussman’s Paris. They were at the intersection of the rue de Turin and the rue de Moscou and it comes as no surprise that Fromanger — widely known as a painter of the street –was struck by a work of art that celebrated his own favorite subject. The irresistible desire to paint “with four hands”, side by side with Caillebotte, to return to a subject that fascinated both of them was manifest. Fromanger made a proposition to the Museum, a proposition that innocently answered a project in gestation at rue Louis Boilly for a long time, to open the museum to the art of its own time.